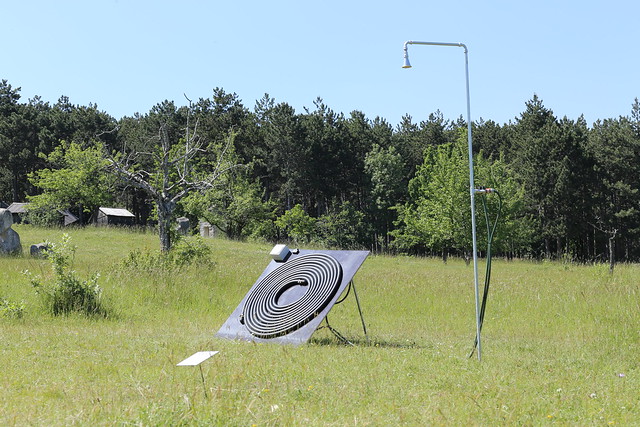 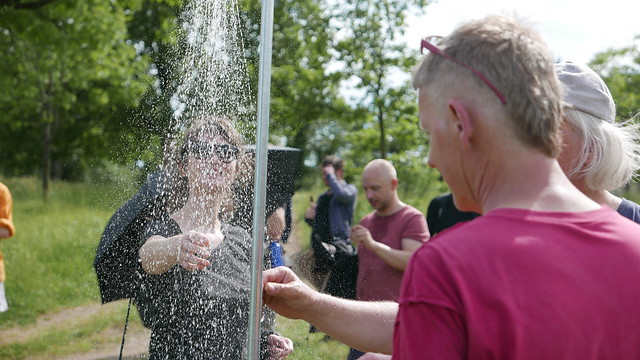 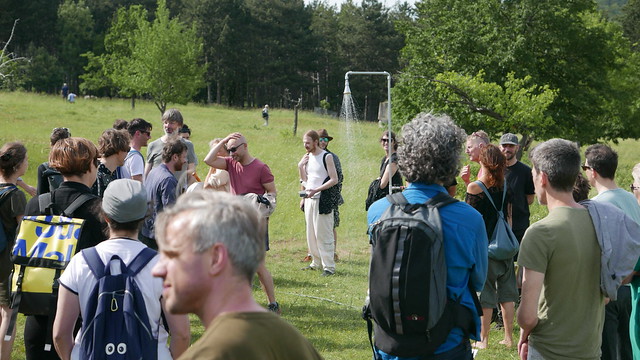 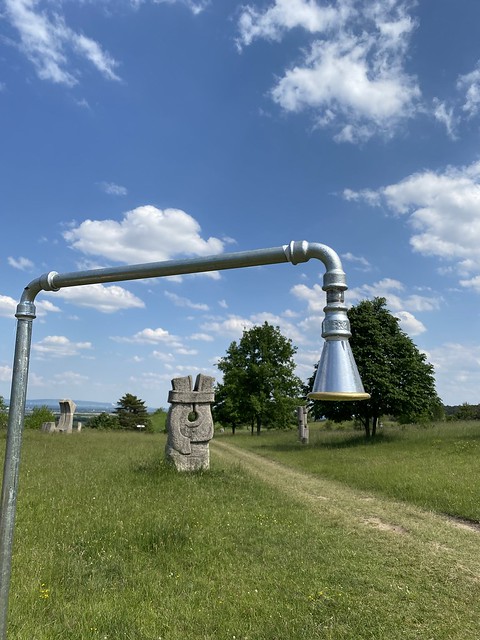 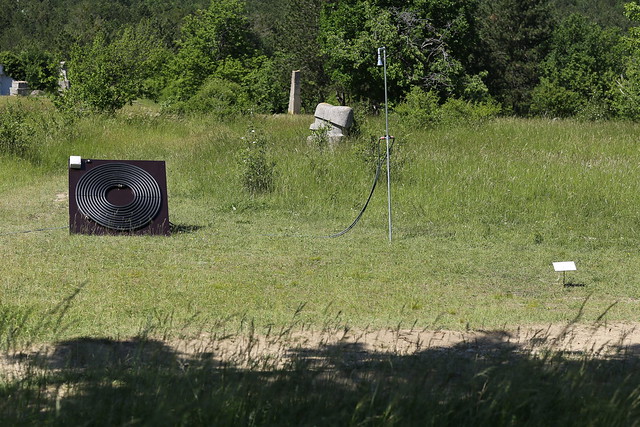 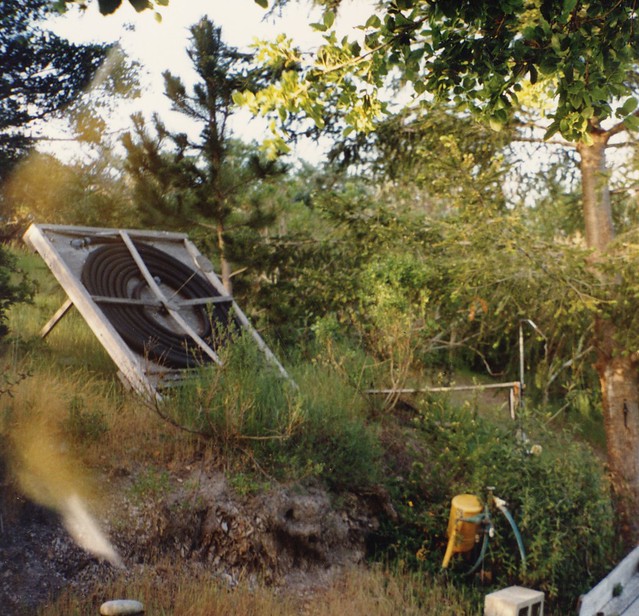 Driven by Förster's mischievous sentence that the sun shower was his most important invention (obituary Dirk Baecker FAZ) I built this remake with help of fotos of the original provided by Marianne Ertl (Heinz von Förster Archiv) and Dirk Baecker who recorded a 3 minutes text talking about his memory with H.v.F. when they met at Förster´s  garden in Pescadero Hill. The audio file of Dirk Baecker can be called up on site via QR. The Sun Shower Remake 2021 is a  sculpture first shown at the Exhibition and Symposion Solar Habitat and now is permanently installed at the Lindabrunn Sculpture Park. It builds the connection  from  Heinz von Förster's thinking, cybernetics to the current energy debate, in a very intimate way; As  an  apparatus  which is aimed directly at our body to make it  feel the warm water heated by the sun after a long working day in nature.