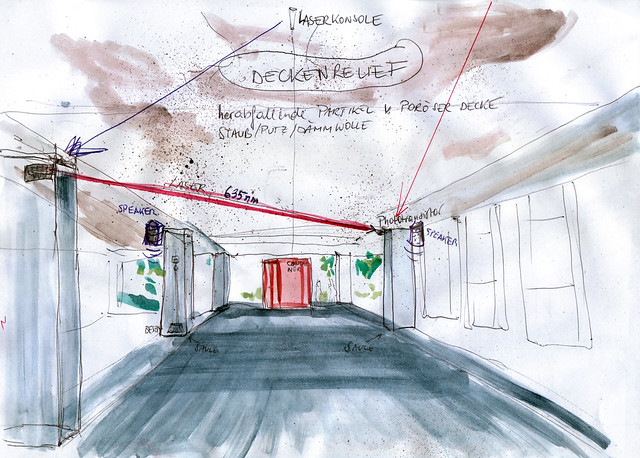 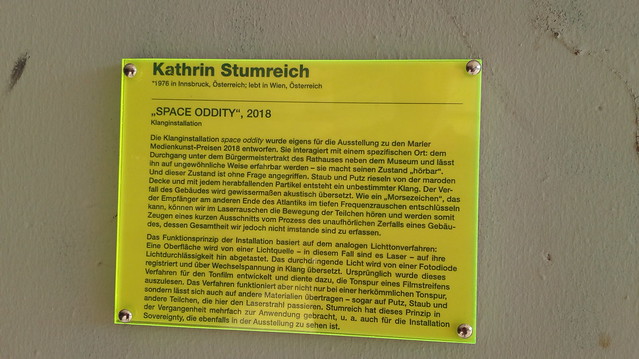 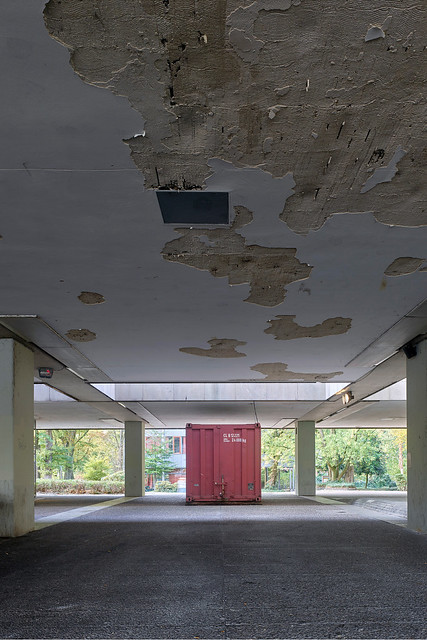 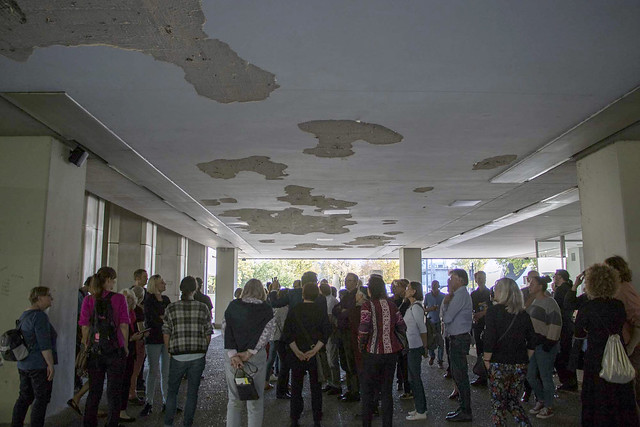 A laser detects the chaotic float of particles trickling from the dilapidated ceiling and translates it into a new microcosmos of sounds.

Space oddity is a sound installation designed especially for the exhibition at the Marl Media Art Awards 2018. The installation interacts with the specific location: the passage under the mayor’s wing of the town hall next to the museum, making it in an unusual way accessible to experience – rendering its condition ‘audible’. And the condition of the location is unquestionably damaged. As dust and plaster trickle from the dilapidated ceiling, every falling particle creates a vague sound. In a sense, the decay of the building is translated acoustically. Like a snippet of ‘Morse Code’ embedded in deep noise of frequencies that a receiver on the other side of the Atlantic can decode, we can hear the movement of the particles in the laser noise and thus bear witness to a brief excerpt of the process of a building’s continuous decline, aprocess the totality of which we cannot grasp.The principle on which the installation works is based on the analogue sound-on-film process: in this process, a light source – lasers, in this case – scans a surface for its translucency. A photodiode registers any light that passes through and uses alternating voltage to translate the results into sound. This method was originally developed for sound film and was used to read out the audio track on a reel of film. The method works with a conventional audio track, but it can also be applied to other materials – even to the plaster, dust and other particles passing through the laser beam here. Stumreich has applied this principle several times in the past, including for the installation Sovereignty, which is also presented in the exhibition.