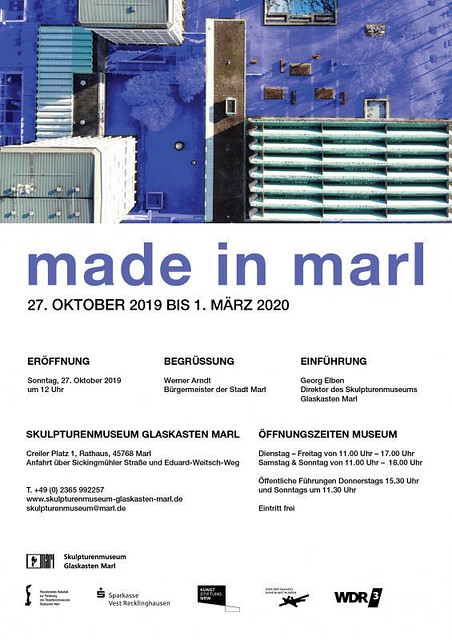 Over the past eight years, numerous artists invited to exhibit at the Skulpturenmuseum Glaskasten Marl have created a new work for this occasion, which has subsequently been donated to the museum. In the current exhibition made in marl we show all 18 videos for Marl, the 13 sculptures and (sound) installations as well as the three photo and poster series.

The artworks demonstrate an intense artistic exploration of all aspects of Marl, its history, its architecture, its art and its people. The artistic works act as resonant bodies of the city, and at the same time, from a greater geographical and temporal distance, they become ambassadors who carry Marl out into the world.