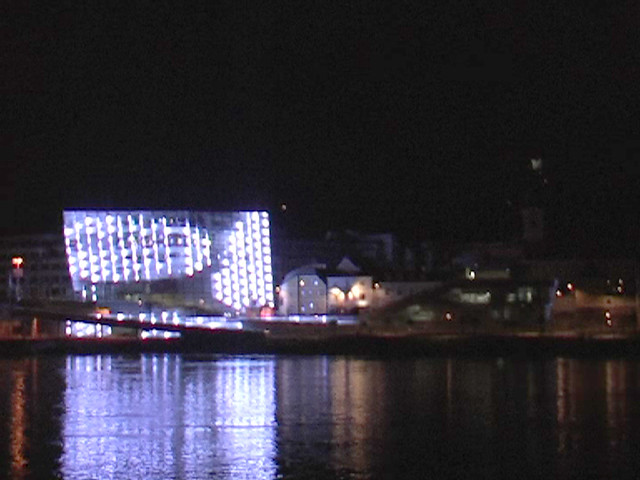 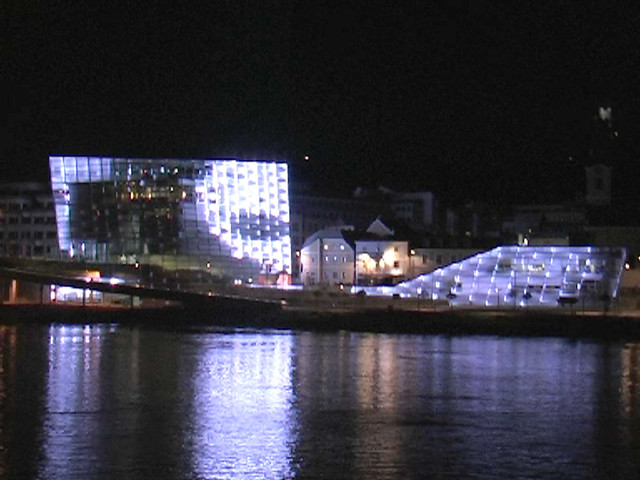 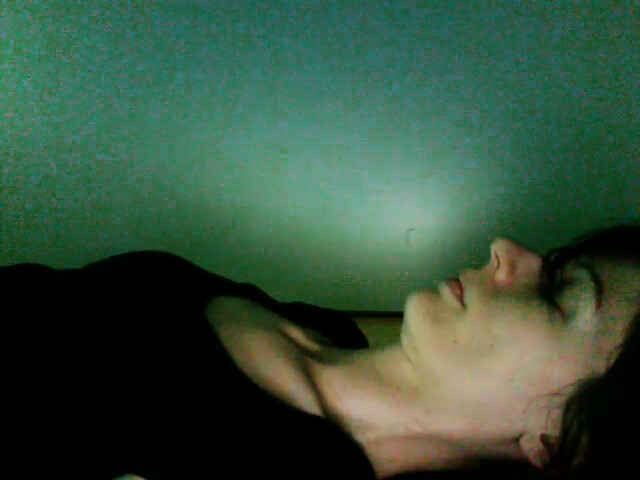 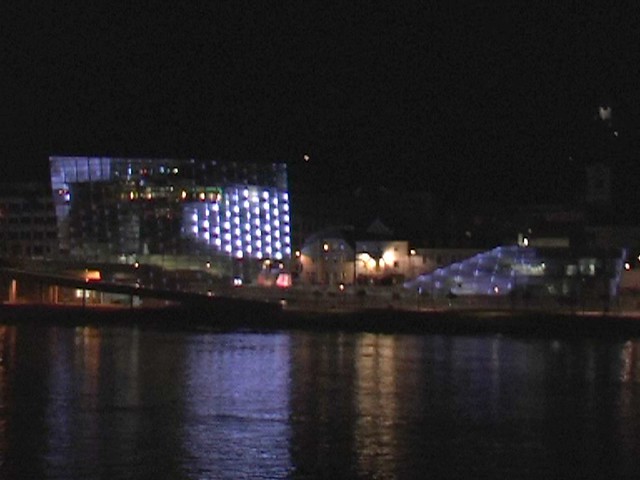 The person’s movements during sleep, such as weight shifts occurring through breathing or minor changes of position, are translated into visual effects on the media façade.

The sleeping person functions as an interface.
The person’s movements during sleep, such as weight shifts occurring through breathing or minor changes of position, are translated into visual effects on the media façade.Six pressure sensors mounted to the bottom of a bed register all weight shifts and record them in numerical values. These values are processed during several hours of sleep with MAX MSP and LLOOP software in real-time.
The façade becomes a projection of sleeping strategies.

(The Human Being at the Center at the center of heterotopias, the realised utopian spaces, there is he human body. It is the “main agent of all utopias”, says Michel Foucault in his second radio essay with the title "The Utopian Body". But my body is the most real thing I possess! – that may be a natural reaction. Yes and no, says the philosopher. Who has ever seen his or her forehead, ears, back of the head or the entire backside without the help of a mirror or camera? Just like there are real utopian places, there are also parts of ones own body that are heterotopian landscapes.
These “differing geographical spaces” could also be translated into heteropragmas, into “differing actions”. During sleep we are subject to different laws than when we are awake, and just like space requires a mirror, sleep only reveals itself through some technique of foreign observation.)